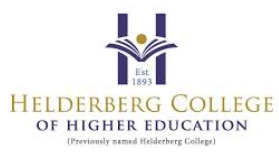 The history of Seventh-day Adventist education in South Africa began in 1893 with the establishment of Claremont Union College, Cape Town. The College changed locations in 1919 and again in 1928 in an attempt to follow more closely the philosophy that has motivated this institution. After the first move, the College became known as Spioenkop College, and in 1928 the last move established Helderberg College, on the slopes of Helderberg mountain, just outside of Somerset West, South Africa. Helderberg College, as it stands today is, therefore, the fruitage of seeds sown by the pioneers, both staff and students at the two earlier localities. We give honour to them and express our admiration for their achievements.

Helderberg College is to be the institution of choice for learning excellence in the higher education sector within the territory of the Southern African region.

This school offers programs in: