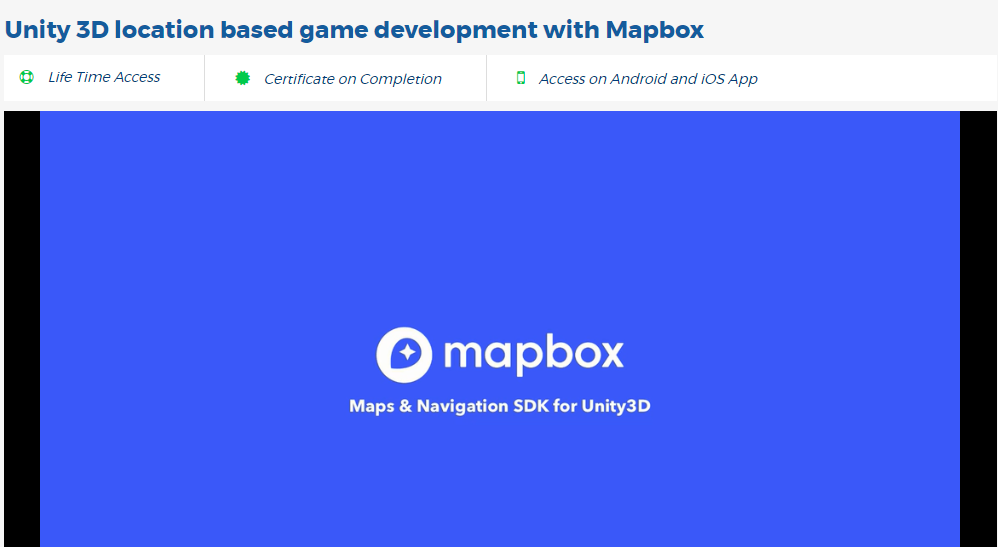 Learn how to build experiences for exploring the world with Mapbox. Add location into any game with their mapping, navigation, and location search SDKs. Harness the power of location like Pokémon GO, Ingress, & Zombies, Run! These videos were produced in collaboration with the good folks at Mapbox.

This Unity course is for beginners & seasoned programmers!

You'll learn what Mapbox can do, how to add the Mapbox SDK to your Unity 3D projects, then build some amazing games that leverage the power of location and maps.

First off, you’ll build PocketDroids GO where your players will capture Droids into their collection, based on real-time location data which is seamlessly integrated into the game with Mapbox. You’ll build both a main world scene as well as a capture scene where players can attempt to capture rogue bots in the wild.

Moving on, you’ll build another game called Drenches of War – a super fun, portable, defense game. You’ll learn all about ARTabletopKit from Mapbox so that you can get your drench on anywhere there’s a flat surface! Defend a city from hordes of oncoming enemies bent on soaking you and your home base. We’ll be dynamically generating buildings and obstacles with Mapbox’s Terrain Vector Tile system and their curated Points of Interest.

Here are some of the things you will learn:

Now is the time to learn how Mapbox adds more powerful and engaging experiences to your games!

What you will learn: